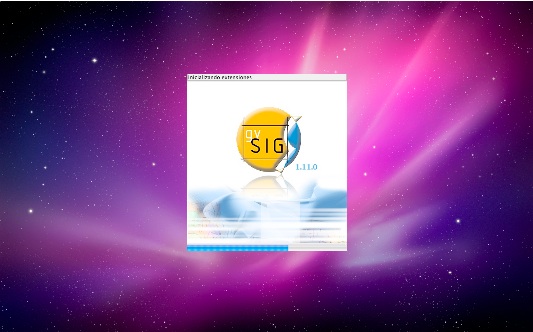 As you all know one of the main benefits of FOSS projects is the community participation. Community contributions make projects better and greater, covering areas that otherwise they couldn’t achive. One of these areas is multiple Operative System support.

Currently gvSIG officialy supports some GNU/Linux distributions and Windows but thanks to Rafael Gaitán and the ai2 Institute of the Universidad Politécnica de Valencia (the gvSIG 3D extension team) there is for a while a gvSIG non-oficial distribution for Mac OS X, increasing the supported platforms to this new one.

This is, with no doubt, a great contribution for the project, specially appreciated for OS X users, and we think it could be a good starting point to definitely boost the gvSIG Mac Community in order to have a gvSIG distribution for Mac from now on.

We think it would be interesting to promote the creation of a working group composed of Mac developers and users whose goal would be, first of all, define the minimum roles and tasks needed to carry out the maintenance of the distribution, and secondly, to carry out these tasks.

The working group would work autonomously and it would have the support of the gvSIG TSC Board and the gvSIG development and testing teams.

Those who are interested in actively participate in this working group, please, leave a comment or, if you prefer, send an e-mail to Manuel Madrid (mmadrid [at] gvsig [dot] com) introducing himself, indicating his profile (developer/user) and the tasks he thinks he can contribute on.

gvSIG Product and Testing Manager
View all posts by Manuel →
This entry was posted in opinion. Bookmark the permalink.