Geoprocessing is the execution of analytical and modelling operations of geographic data for creating new information. Creating a new layer with the overlapped areas from two different layers, a layer that creates buffers around the geometries of vector features, or a point density map are examples of geoprocessing.

gvSIG Desktop has more than 350 geoprocessing operations. There are many algorithms ready for use that would help us to analyze the spatial information.

For more information about geoprocessing, open Help in gvSIG using the following links:

The geoprocessing tools can be find by clicking on the menu “Tools > Geoprocessing > Toolbox” or by using its shortkey.

The toolbox menu allows to execute any of the geoprocesses available in gvSIG. Here, we will perform two different ones.

We will begin by performing a spatial join between the two layers “Locations” and “Political”. As it is said in the Help for this geoprocess, this tool joins attributes from one feature to another based on a common spatial relationship. 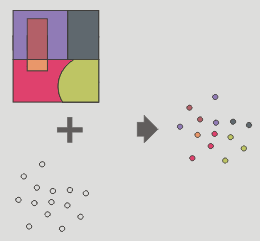 In the “Toolbox”, select the “Spatial Join”. To find this geoprocessing operation, we can type “join” in the search box located at the bottom of the window- as shown in the picture below. 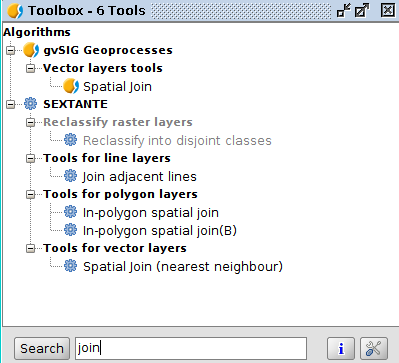 We will use the first of the filtered geoprocessing operations. To do this, double-click on it or right-click in the frame, and then choose “Launch”.  A new window is opened (see the picture shown below). 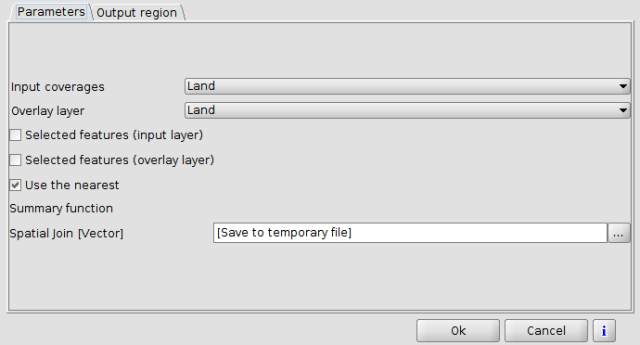 Choose “Locations” as the input coverages and “Political” as de the overlay layers. Learn more about geoprocessing operations work in the Help. Additionally, the user guide can be found by clicking on the information button at the bottom of the geoproccesing window.

When using this option, a temporary layer will be created. To save it, select this option or export the temporary one to a new layer.

Finally, click the OK button to complete the operation and a new layer is added to the View. If the “attribute table” is opened, we will see that the fields “Locations” and “Political” are added:

Let’s perform another geoproccesing operation now, over some of the items previously selected in the layer we just created, to analyze if the “Riverlands” kingdom dimension is logical in relation to the locations within it.

We will begin by selecting the records with “Riverlands” in the field “name_1” from the “Spatial Join” layer. Check out the post “Selecting Tools” in case you need more help. The result of the selection is shown in the picture below: 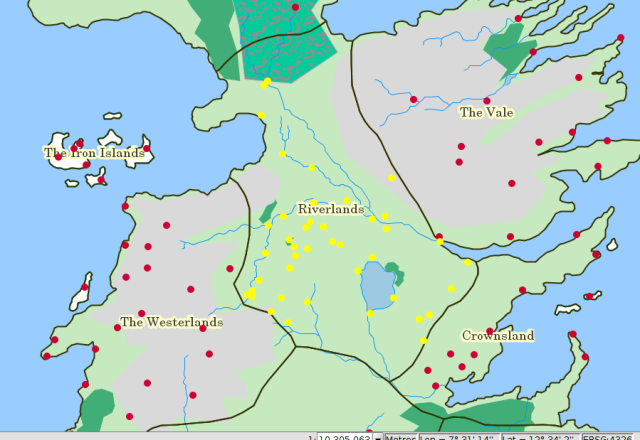 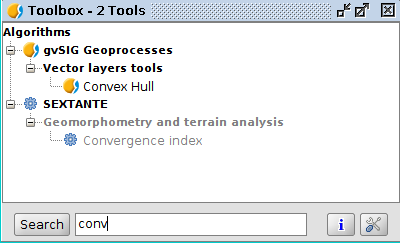 According to the Help, this geoprocess calculates the “Convex Hull” or the convex polygon with the smaller area that hulls all the vector elements of an “input layer”.

When performing the geoprocessing operation, the window shown below is opened:

Pick up “Spatial Join” layer as the input layer. Make sure the “Selected geometries” box is checked to perform this geoprocess only over the selected records. Click on “OK” button to create a new layer in which the area is pretty similar to the one in “Riverlands” kingdom: 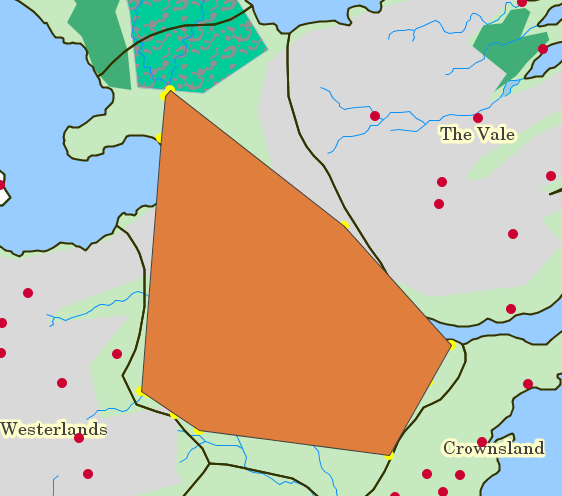 That’s all for today. Once you have learnt how geoprocessing operations work… you just need to try them out…

There are only two posts left to finish this course.

This entry was posted in gvSIG Desktop. Bookmark the permalink.