The first release candidate (RC1) of the new gvSIG 2.5 version is now available to download.

This version can be downloaded from the development versions section of the project website. 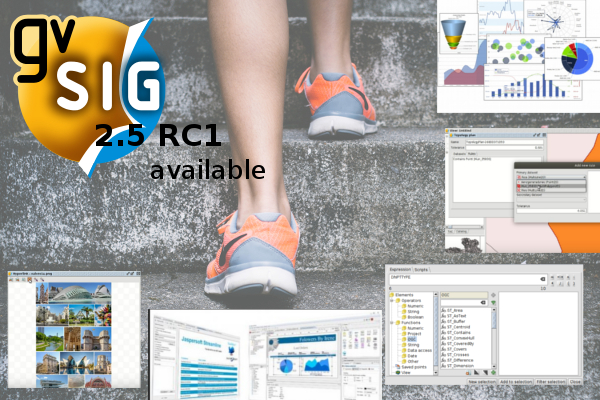 The novelties included in this version are multiple, from new functionalities to performance and stability improvements. Many of them can be consulted already in the different posts that are being published on the blog, such as:

We will continue publishing more posts about the rest of the novelties during the next weeks.

Publishing this first RC, we intend that the gvSIG Community start to test it in a massive way and that you send us the errors that you detect through the user mailing lists to be fixed.

We are also preparing the version for MAC OS X in parallel, and its portable version, as well as the portable versions for Windows and Linux, will be available in the coming days.