The video of the seventeenth module is now available, where we will show the integration between gvSIG Desktop and gvSIG Mobile.

From now the certificate of the course about GIS applied to municipality management is available too, following the instructions indicated in this new post.

As we watched in the previous module, gvSIG Mobile plays an important role in the city council management, since it allows us to carry out census, inspections, inventory… management. 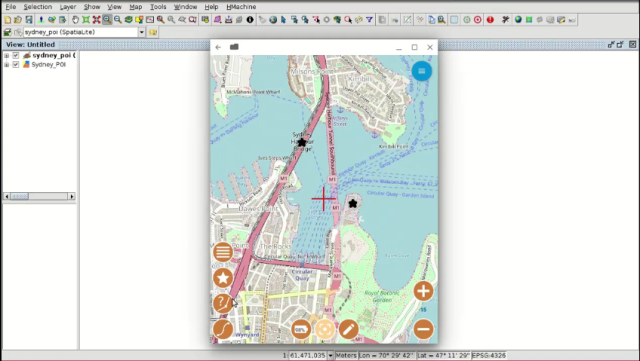 From gvSIG Mobile you can manage the inventory of a municipality (litter bins, lampposts, children’s parks …), and if there is an incidence in any of the elements, it won’t be necessary to describe the element to the technicians. The citizens would be able to go directly with their mobile, and locate the lamppost or litter bin to be repaired on the map in an easy way.

As we told in the previous module, gvSIG Mobile is available for Android, and it can be downloaded for free from the Play Store.

In order to exchange files between both applications we will use the Spatialite databases, functionality that is available from gvSIG Desktop 2.4.

In a few days there will be a new plugin for that version that will allow to export and import complete projects (with notes, pictures …) between gvSIG Mobile and gvSIG Desktop, as well as to export a tile layer from gvSIG Desktop (an orthophoto or vector file) to gvSIG Mobile to be inserted as background. During the 3rd gvSIG Festival there will be a complete demonstration about the use of these new features.

Here you have the videotutorial of this module: