The video of the sixth module is now available, in which we are going to talk about the Add-ons manager.

Each version of gvSIG carries a large number of extensions and symbol libraries that are not installed by default in order to avoid overloading the application. The user can choose when to install them, and the Add-ons Manager can be used for that.

Besides, if a new gvSIG extension or symbol library is published after the final version release, it is not necessary to wait for the next version to be able to use them. With the Add-ons Manager we have the possibility to connect to the server and install them. 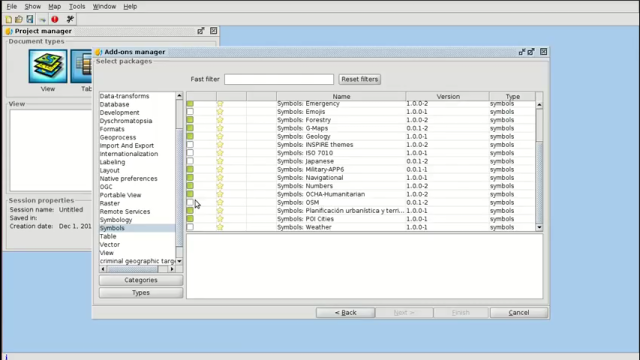 Also, if an error has been fixed after releasing a final version, the plugin can be updated without having to release a full version.

In this module it won’t be necessary to download any cartography previously.

Here you have the third videotutorial of this sixth module: